For those of you that don't know, I'm Darryl, the OTHER guy who writes songs in The Fairest and Best... otherwise known as "Mr. Personality", "Minister for Women's Affairs for Barbados" and whatever other titles that Robert makes up on the spot as he introduces the band.

Since we just finished a new song, I thought you might be interested in how it came about. So, I've put together a history complete with recordings from the different stages of development.

I hope you enjoy this look because, if you do, we're going to do some more of these.

Here is the finished product. Below that is the story of how "We are Ugly (but we got the music)" came to be...

The Story of How Ugly Came to Be 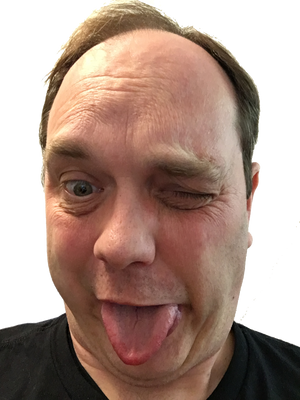 In high school, I became enamored with a phrase from Leonard Cohen's song "Chelsea Hotel No. 2".

"And clenching your fist for the ones like us
Who are oppressed by the figures of beauty
You fixed yourself, you said, "Well never mind,
We are ugly but we have the music"

For most of my life, I've felt like I was on the outside looking in. I dunno. You may have felt that way too.

I wouldn't say I particularly felt oppressed by the beautiful people as much as ignored. However, I could still resonate with the overall sentiment of us vs. them. Any way you slice it if you're not "us" you're nothing. So, I loved the line "we are ugly but we have the music" because it was a private and powerful defiance that I carried with me.

Once I got older, I noticed that the peoples who are oppressed often end up influencing the culture that oppresses them. Segregate and abuse a bunch of people who own an arbitrarily undesirable skin colour and that gives birth to blues, gospel and jazz.

Stick another bunch of people from a particular place in a ghetto and all of a sudden you've got the best selection of *** fill in the blank *** food as your favourite go-to places. Remember that Indian curry is the most popular food in the U.K.

Make it so difficult and expensive for the creators of blues, gospel and jazz to participate and suddenly you get kids cannibalizing old record players and records to sew snippets of songs together. Watch them play the record players like instruments and you've got rap and hip-hop which has taken over the world.

It's simply amazing how the oppressors inevitably get influenced by the oppressed. Personally, I think that is designed into the world. We are interdependent.

I saw all of this and I wrote the demo for "We Are Ugly - but we got the music" and took it to the rest of the band. Here is the original demo recorded in my closet.

Ugly (but we have the music) by Darryl Lee Wood

That’s it. No more jivin’ ‘round
Don’t think you can keep us down
Just cuz you are beautiful
You may think we’re ugly but I’ve got news...

That’s right. You don’t even know
That’s life for the beautiful
Get set for a quiet coup
You don’t see your privilege but we do

That’s nice. Got that off my chest
That's right. We can still be friends.
(Hold on) Leave it in your pants
Just enjoy our music here and dance! dance.

At least that you think

(we are ugly)
But we have the music 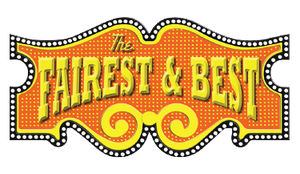 The band was very supportive of the song but we needed to FAB-ify it. I had written it without keyboard parts and without any guitar calisthenics. I also wanted Caitlin to sing it and for the rest of the band to contribute vocals.

So we took it to our favorite rehearsal space and started hammering it out. Gerry and Nigel laid down the groove and I was so fired up. Brant jammed out some lead parts and added flavor to the verses. Caitlin lit up the main vocals and Robert supported the groove and ganged the vocals with me.

We left lots of space for the lead guitar to stretch out and show some fireworks for the live show. That added about a minute to the song.

Then NIgel added a spontaneous reprise. Have a listen.